Goverlan’s WMI Explorer includes a VisualBasic and PowerShell GUI Builder which can be triggered at any point while you use the WMIX interface. The Script builder creates complete WMI Scripts that can be executed at the command prompt. You can also select to use only parts of the generated script in your own scripts.

Exporting Scripts with the Script Builder

Goverlan’s WMI Explorer Script Builder can export either PowerShell or Visual Basic Scripts. To set an export default, click the Generate Script menu option. You can set the default script export, or choose to have WMIX prompt you each time.

Once you have set a default, whenever you right-click a WMI component and choose Export Query as a Script… 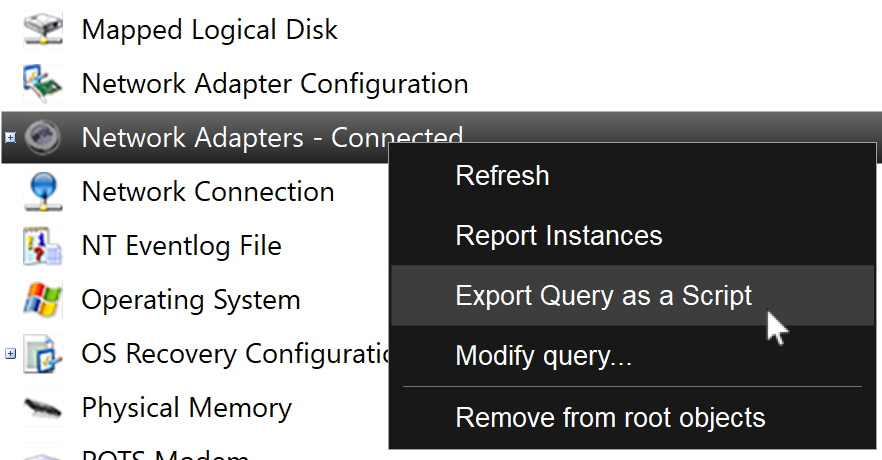 …a window will open containing the exported script in the specfied format.

The Script Generator can be called from any of the WMIX Views: Browser View, Namespace & Class View and WMI Query View. It is accessible either via the context sensitive menu of an object, via the Information Panel or by clicking on the Generate Script button located in the Ribbon bar.

Using the Script Generator, you will be able to:

The Script Generator currently has only one option which controls whether or not you are prompted for a file name & path each time you generate a script. This option can be configured in the General Settings tab of WMIX Options.

No matter what type of script you decide to create, the general format of the script is always the same. It is composed of a Main Loop which calls one or more script function for each target computer. The selected script actions are placed into script functions which are in turn called by the Main Loop. This format makes it easy for the functions to be copied from the generated script and pasted into your own script.

The list of target machines is defined by the command line parameters:

Depending on your selection, a WMI Class Definition Object or a WMI Class Instance Object, you will be presented with different scripting choices.

WMIX can also be used to query the associated instances of a WMI Class with another WMI Class. To do so, browse through the associations of an object in the Browser View (see: Displaying Object Associations), select a resulting class instance or its parent class, and then generate a script to Query Class Instances. 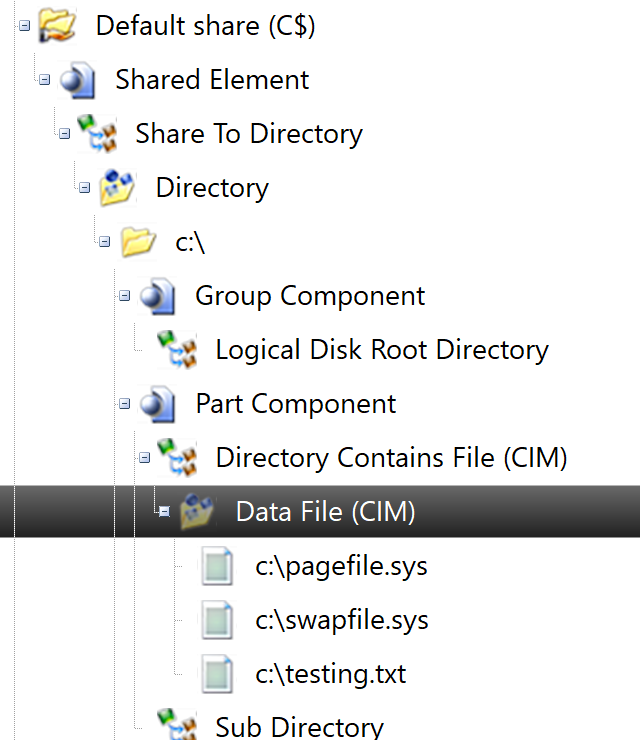 Then right-click on the All File (CIM) class object and select Script: Query Class Instances.

If the All File (CIM) class would have been a root object, then the resulting script would query information from all files on the system. However, since this class is the result of an association with the C: directory, the resulting script only queries the instances of the files within that directory. The following code is generated: 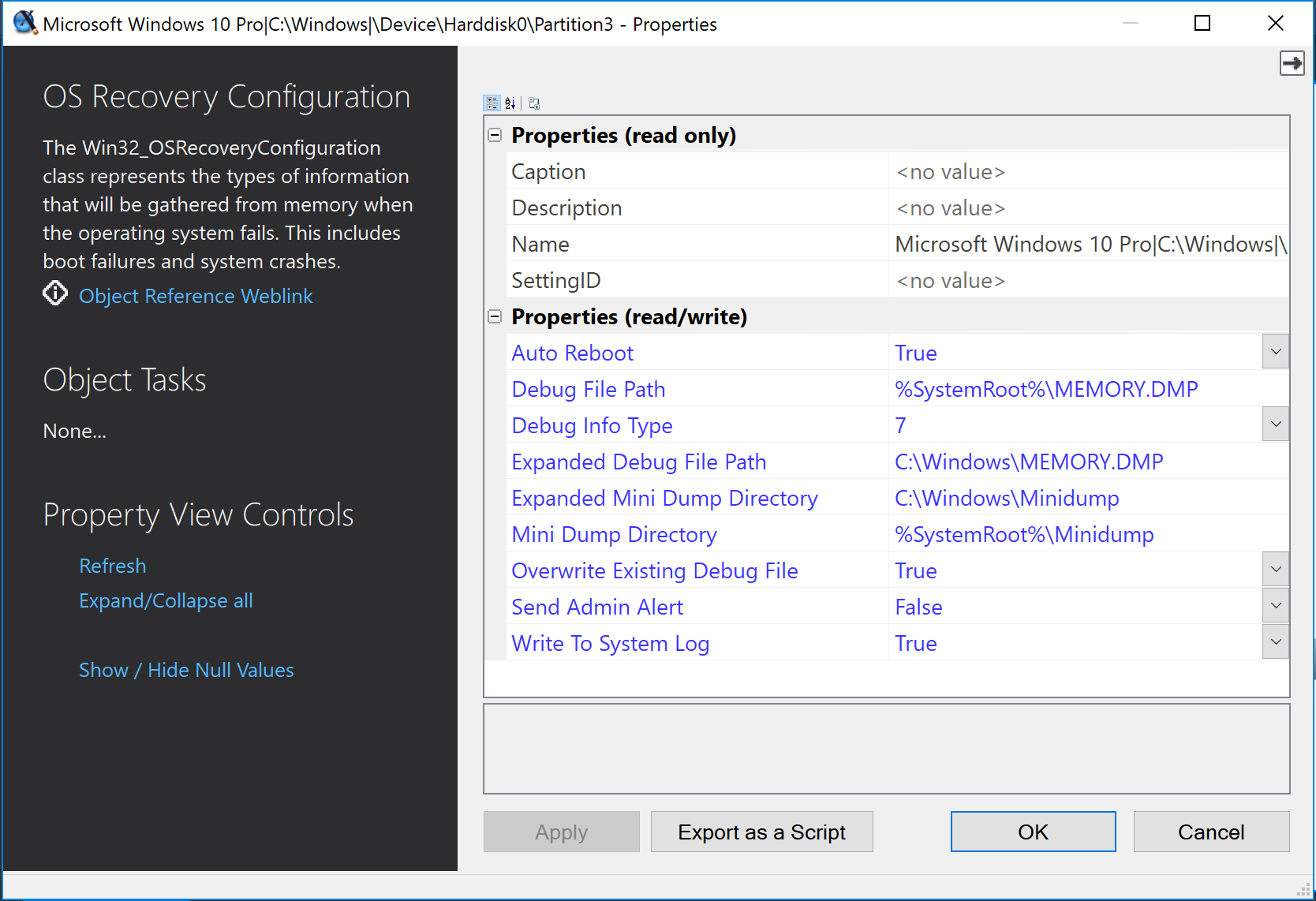 WMIX can be used to generate scripts which execute a method of a WMI class. To do so, open the WMIX Execute Method dialog (see: Executing Management Tasks), enter the method parameter values if applicable, then click on the Export as a Script button. 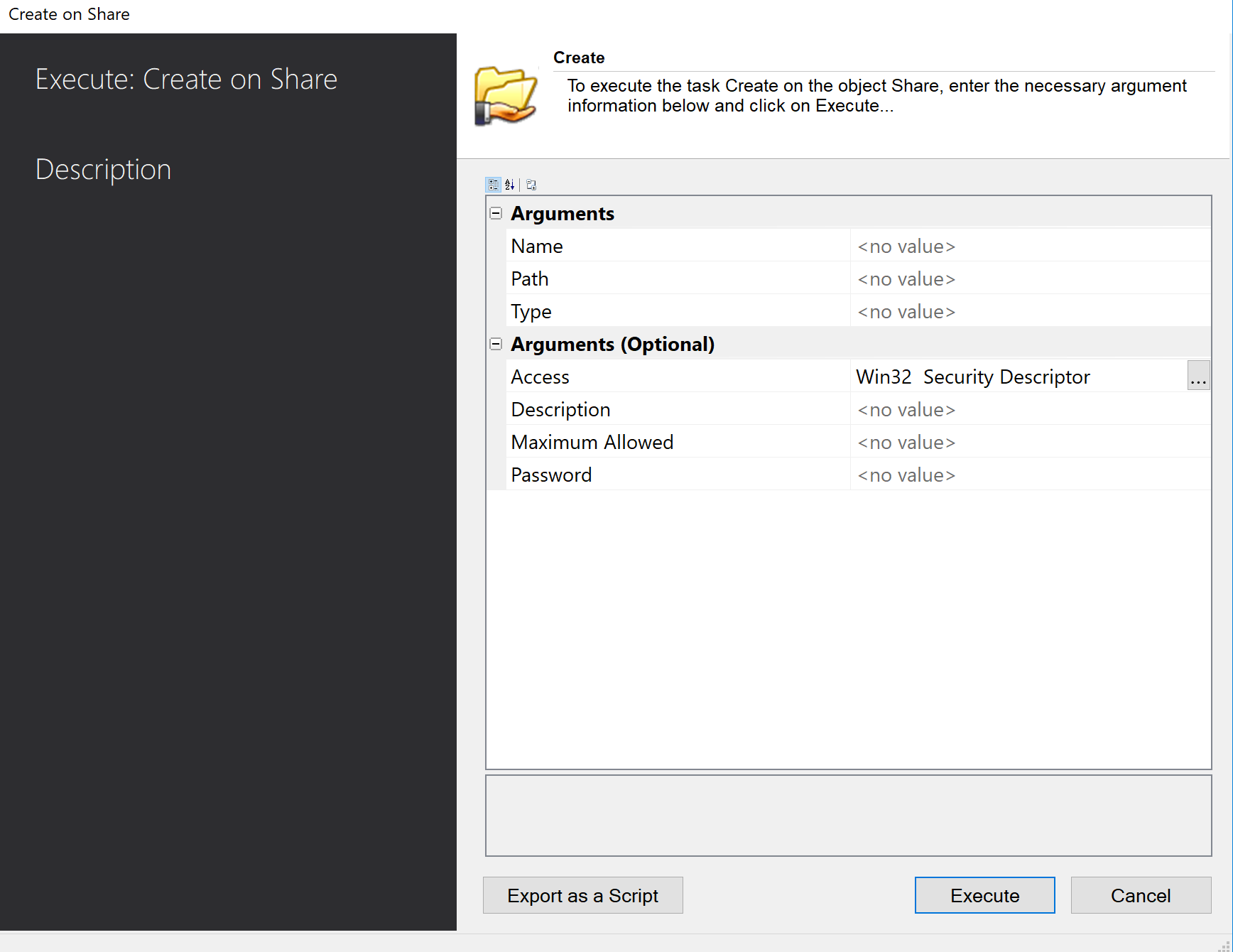 To generate a script which executes a specific WMI Query, select the Query WMI View, enter the WMI Query to execute, and then click on the

button in the Ribbon bar.

Generating a Script for a Pre-configured Report

WMIX can create a WMI script which queries the information as configured in a pre-configured report template (see: Report Manager).

You can also click on the Report Selection Extended menu and select Export Report as a Script.