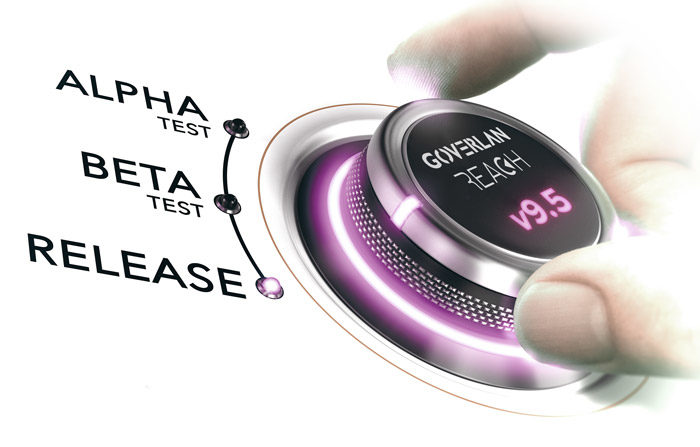 We are pleased to announce that the Goverlan Operator Console v9.5 and Goverlan Reach Server v3.5 are now available and offer many new improvements and features.

Deploying software via an executable package can now run from a network share allowing for greater control.

Note: For this feature to work, you need to update the Goverlan Agents.

Enjoy our most stable release by benefiting from all fixes implemented in this Goverlan Reach release.

We have implemented new Goverlan server roles that enables the configuration of load balanced and redundant infrastructures.

We have largely improved the performance of the primary services. The new Policy service, Auditing service and Gateway service can support up to 10 times more endpoint connections compared to prior versions.

To adhere to cyber security best practices, we created a Security Advisory Board which lists the vulnerabilities identified in Goverlan and provides fixes. Goverlan is dedicated in ensuring the security of our customers’ IT infrastructure. As we identify issues and vulnerabilities, they will be addressed quickly.

The Security Advisory Board can be found in our main support.goverlan.com page.

You can download Goverlan 9.5 and Goverlan Server 3.5 from within the my.goverlan.com portal: