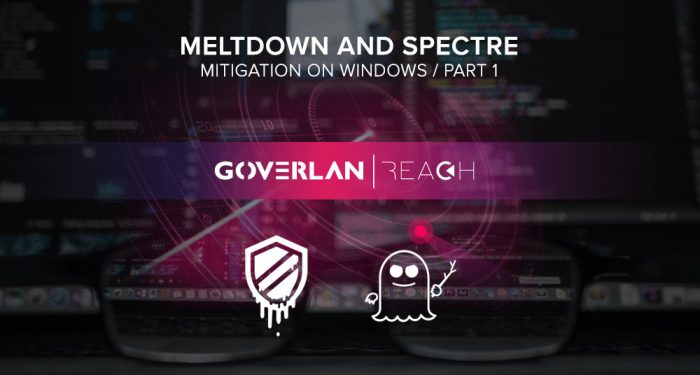 These are serious security flaws that can lead to a data breach.  Meltdown and Spectre potentially allow restricted memory to be read by a rogue process, thus exposing confidential data. This is a security risk that can’t be ignored.

Since the disclosure of Meltdown and Spectre, Microsoft, Apple, Intel and AMD are racing to release patches to close the security holes. However, for most complex IT organizations with thousands of workstations and servers, the global deployment of the security patches in an expeditious and systematic fashion remains a real headache.

In this blog, we will show how Goverlan IT Automation can be used to drastically reduce the time to remediate the Meltdown and Spectre security risks for your Microsoft Windows machines.

This blog is broken out in two parts. Part 1 will cover intelligence gathering and reporting. Part 2 focuses on remediation and validation.

After Microsoft quickly released a set of security updates and software patches, confirming whether or not all endpoints were properly protected remained a challenge for system admins. As a result, Microsoft released a PowerShell module named SpeculationControl to verify if a local system had been properly updated.

Here is an output example of running SpeculationControl:

However, the enterprise wide deployment of the script is not without problems:

Globally Deploy the SpeculationControl Script in minutes
with Goverlan Reach

Goverlan Reach is a Remote IT Support and Administration software solution designed to support complex IT infrastructures quickly and efficiently. It provides a series of powerful tools to manage endpoints remotely and automate IT workflows.

The patching of the Meltdown and Spectre is the perfect example of how Goverlan Reach can alleviate your current pain points while improving security.

In this example, Goverlan Reach’s IT Process Automation, will deal with: 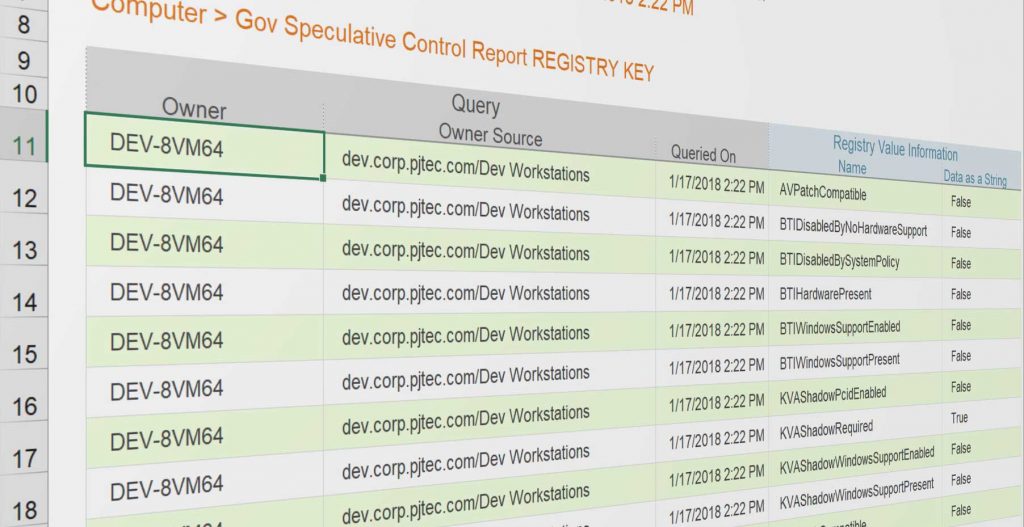 To facilitate the configuration of this Goverlan process automation, we have configured one and made it available in our IT Automation Center.
Go to this Automation Center Page and follow the instructions to import the Query Speculation Control Windows Protection automation.

Once imported, you will see this automation in your Goverlan interface:

Step 3 – Run the Automation and View the Report

You are now ready to run this automation on an ad-hoc basis, or schedule its execution. Simply select the automation and click on the Run button.

The execution time may vary but can be expected to be very short. Hundreds of endpoints can be processed in a matter of minutes. Upon completion, a report of the enabled Meltdown and Spectre Windows Protections for all endpoints is displayed in an Excel spreadsheet: 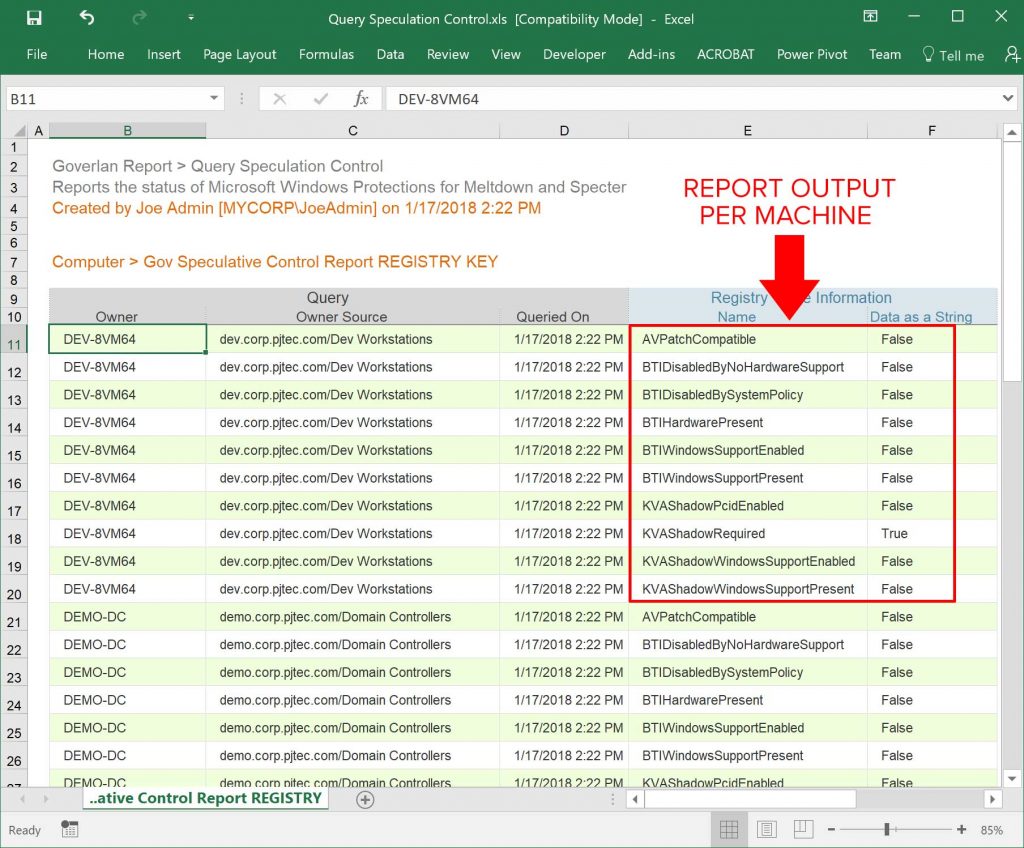 The output is an Excel spreadsheet which reports on the enabled Windows Protections for each machine configured in the scope.

315 thoughts on “Meltdown and Spectre Mitigation on Windows / Part 1”